The Neighborhood Stabilization Program (NSP) is administered by the 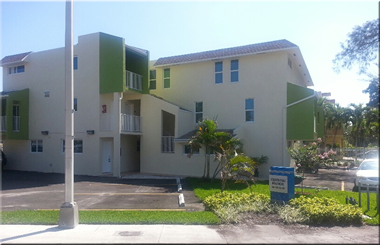 U.S. Department of Housing and Urban Development (HUD) to aid in purchase of foreclosed or abandoned homes and to rehabilitate, resell, or redevelop these homes in order to stabilize neighborhood and stem the decline of house values of the neighboring homes. Local governments received allocations in NSP1 and participated in either the entitlement program cities with over 50,000 people or counties with over 200,000 people. View the Quarterly Performance Reports for NSP1.

On September 8, 2010, U.S. Housing and Urban Development Secretary, Shaun Donovan, announced the award of a third round of an additional $1 billion in NSP3 funding to all states along with a number of counties and local communities struggling to reverse the effects of the foreclosure crisis. The funds are provided under the Dodd-Frank Wall Street Reform and Consumer Protection Act. Like the earlier rounds of NSP grants, these targeted funds will be used to purchase foreclosed homes at a discount and to rehabilitate or redevelop them in order to respond to rising foreclosures and falling home values. Through NSP3, the City received an allocation of $1,173,374. View the Quarterly Performance Reports for NSP3.