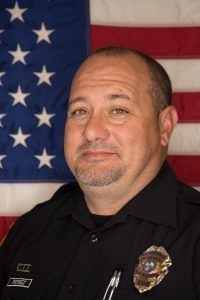 On July 20, 2018, Detective Nelson Perez met with a frightened victim of an armed robbery involving a sales application called “Let Go”. The victim advised that he met with the intended buyer/suspect to sell his cellphone and the buyer/subject showed the victim a gun that was concealed in his waistband. The suspect asked the victim for his security code. The victim, who was in fear for his life, complied. After robbing the victim, the suspect jumped into the front passenger seat of a white sedan, which was being driven by another subject, and drove away with the victim’s cellphone.

Detective Perez was able to obtain pictures of a potential suspect through his investigation, and subsequently obtained the suspect’s identities. Detective Perez conducted a line-up with a photo of the newly identified subject. As a result of the line-up, the victim positively identified him as the robber.