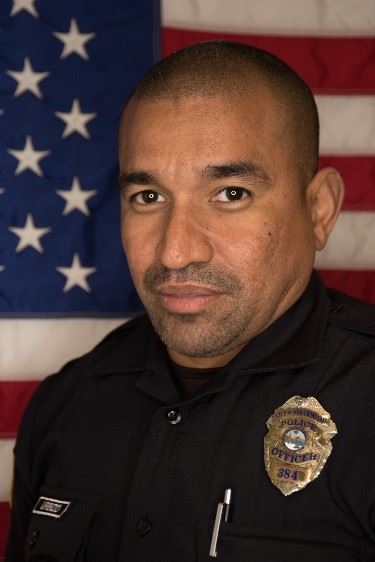 On June 6, 2021, officer Urbizo from the North Miami Police Department responded to a call in reference to a Black male walking around with a gun and waving it at patrons at a coin laundry. A suspect matching the description of the subject was located. Officer Urbizo made contact with the suspect, who was holding a firearm in his right hand. Officer Urbizo began to immediately give the suspect loud verbal commands to drop the firearm. The suspect failed to comply with the officers' commands initially. After some tense moments, the subject dropped the firearm.

There appeared to be a small window of opportunity to subdue the suspect after he dropped the firearm. As Officer Urbizo was giving loud verbal commands to the suspect, he sorted through the choices available to him and the other responding officers to take this suspect into custody. Officer Urbizo weighed the option of giving the suspect more commands so that multiple officers could take him into custody away from the discarded firearm. This was the safer option but risky nonetheless as the suspect could decide to re-arm himself with the firearm during the course of the commands. Officer Urbizo believed that if the suspect became armed again or even made a motion towards the gun, there was a great chance that the officers would have no choice but to utilize deadly force against the subject.

The other option was to simply rush him and tackle him to the ground before he could arm himself again or make a move for the gun.  Officer Urbizo noted that the way the suspect was carrying the gun was not normal. He was not carrying it in a manner that he was aiming to shoot at someone.   He also noted that the suspect appeared to lack mental coherence or cogency.  Lastly, Officer Urbizo later said he thought about the emphasis the Department has placed on the Sanctity of Human Life and felt that quickly approaching him was the best option to take the suspect into custody without the suspect being shot. Officer Urbizo processed all of this within a few seconds of the suspect dropping the firearm.

Officer Urbizo took his many years of policing experience and coupled it with an awareness of and belief in the Sanctity of Human Life that the North Miami Police Department emphasizes in all Response to Resistance Training. Officer Urbizo's actions may very well have saved the life of the subject.  His ability to weigh all of the tactical and ethical factors in a small window of time and then have the ability to act is deserving of recognition.