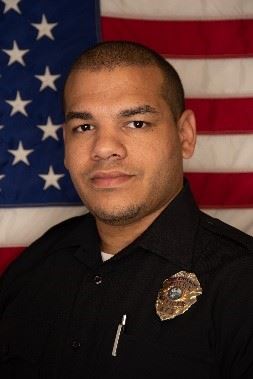 Despite having limited subject information, Detective Torres immediately began to vigorously investigate the case. He was able to ascertain the identity of the individual who rented the room at the Motel Seven. Eventually, he determined that the subject’s vehicle used in the kidnapping was registered to the same person that rented the room. Through intuition and drive, Detective Torres was able to ascertain the location of the gas station where the victim was taken. He was able to effectively extract video surveillance which showed one of the subjects withdrawing money from the victim’s account. In an attempt to obtain as much evidence as possible, he continued to view video surveillance at the gas station, long after the crime occurred. It was then discovered, the subject who withdrew the victim’s cash at the ATM, returned to the gas station after letting the victim go. The subject was accompanied by the vehicle’s registered owner, further incriminating her.

Throughout the night, Detective Torres tirelessly gathered information, attempting to piece together all of the evidence. While driving back to the scene of the crime, he observed the subject vehicle in traffic. Detective Torres strategically followed the subject vehicle without alerting them of his presence. He called for backup officers to assist in order to effect a safe apprehension. Detective Torres coordinated a perfectly timed felony car stop that resulted in the apprehension and arrest of the vehicle owner, and one of the kidnappers. The two subjects refused to provide any information to help identify the female who initially lured the victim to this traumatic situation.

Still missing key pieces to the puzzle, Detective Torres retraced all of the victim’s steps. Just as he thought there was nothing more he could do, he obtained an investigative lead that helped identify the female who lured the victim into the Motel Seven. Without wasting time, Detective Torres quickly put out a Probable Cause Message and a Be On the Look-Out (BOLO) flyer to all surrounding police agencies requesting that they apprehend the subject if found. He attempted to locate the subject, using all of the resources available to him. By cumulative efforts with other police agencies, on January 21, 2021, four days after the crime occurred, the female subject was taken into custody.

Thanks to Detective Torres’ quick thinking, thorough investigation, and keen observation skills, he was able to quickly apprehend and incarcerate these dangerous felons. Detective Torres’ actions prevented the subjects from victimizing anyone else.