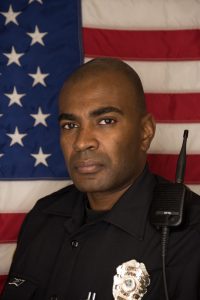 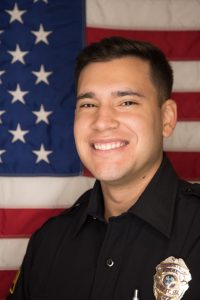 On April 9th, 2020, Officer Orozco was working a vehicle burglary detail, when he observed a white Chevrolet Impala with an expired tag that did not belong to the vehicle. Once the driver of the vehicle noticed Officer Orozco’s marked police vehicle, he quickly drove out of the neighborhood. Officer Orozco, recognizing the driver’s evasive behavior, attempted to conduct a traffic stop on the vehicle. The driver of the vehicle made multiple turns to defeat the efforts of Officer Orozco to affect a traffic stop. The subject’s vehicle, while hastily exiting a parking lot, crashed into a car. Without regard for the safety of the other driver involved in the crash, the subject bailed out and fled on foot to avoid capture. He disregarded multiple loud verbal commands by Officer Orozco to stop running. Officer Orozco gave chase on foot, and Officer Smith joined in the foot chase. Both officers were able to gain ground and, eventually, apprehended the subject. The subject was charged with leaving the scene of an accident, loitering & prowling, resisting arrest without violence, and driving while license suspended.

Officer Orozco has demonstrated a keen eye for criminal activity and extra effort to protect our community. Officer Orozco and Smith did an excellent job of communicating with each other on the scene to coordinate the safe and tactically sound apprehension of a subject, who went to great lengths to evade arrest. It should be noted that a “State of Emergency” had been enacted by Miami-Dade County at the time of this incident, reference the COVID-19 virus. A foot chase at any time can be dangerous for officers; it is more so now as another dangerous factor is added to the formula. The officers’ desire to affect the arrest of a criminal superseded personal dangers of armed and physical resistance or exposure to a severe health risk such as the Coronavirus. Professionalism and courage are core values of the North Miami Police Department, and both Officers Orozco and Smith embodied those values.