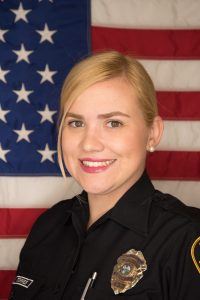 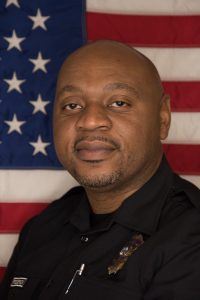 On January 10, 2019, Detective Rocio Torres received a report from the mother of an 8-year old girl who became alarmed after her sister’s roommate made an unwelcomed comment about her daughter. Later that night, the mother questioned her daughter and asked if anyone had ever touched her in a way that made her feel uncomfortable. The daughter replied that the sister’s roommate (the subject) had placed his hands on her body in ways that she did not think he should have touched her. The 8-year old went on to say that this improper touching had been going on for a long time.

Detective Gedeus Frederick received a second report involving the same subject, this time of a 6-year old girl that had been touched inappropriately. This child is the sister of the previously reported 8-year old victim. She told the investigator and her mother that the subject had begun to treat her the same way as he was treating her older sister. As a result of both disturbing accusations, forensic interviews were immediately scheduled for the victims with the Child Advocacy Center (CAC). During the interviews administered by CAC investigators, probable cause was established to bring the subject in for questioning based on the statements made by the young victims.

The subject was questioned at the North Miami Police Department by Detective Frederick and Detective R. Torres. The detectives acted as a team and executed their game plan, which was to seek and obtain the truth about these heinous allegations. Using their experience and advanced investigative techniques, each diligently worked several angles during the interview, developing questions to make the subject feel comfortable in telling them the truth about the horrendous incidents. They first began by drawing simple admissions from the subject as to his presence with the children, while accompanied by another adult, then they gradually explored his time alone with the young victims. After strategically acquiring a body of statements from the subject, the detectives administered a truth verification test. While taking the test, the subject attempted to continue to deceive the detectives. However, these skilled detectives, realizing the subject’s attempts to deceive and evade, worked steadily to rebuild a rapport with the subject, and methodically debunked his false assertions while assertively seeking a confession. Eventually, after hours of diligent work by Detectives Frederick and Torres, the subject succumbed to the pressure of the detectives’ tenacity and steadfastness and came forth with the truth. The subject provided a full confession, in which he admitted to inappropriately touching and molesting both female juveniles. Detective Gedeus Frederick and Detective Rocio Torres arrested the subject and gave the two traumatized juvenile victims and their mother a sense of justice.

Through their tenacious efforts, these detectives protected these young victims from further harm and prevented this subject from victimizing anyone else. The vulnerability of these young victims made them an easy target for this predator. The actions of both detectives are to be commended.  Standing up for justice and protecting our citizens, especially our children, is their sworn duty. They were truly guardians in this case.