Dr. Gallon is a lifelong educator who started his career as a classroom teacher. He has taught at the elementary, middle, and senior high school levels. He graduated Magna Cum Laude with a degree in English Education from Florida A and M University in Tallahassee, Florida and became the first of his six siblings to graduate from college. Dr. Gallon earned a Master’s Degree in Educational Leadership and a Doctorate in Educational Administration and Supervision, both from Florida International University in Miami, Florida. He also participated in postdoctoral leadership institutes on School Reform and Management at Harvard and Stanford Universities.

Dr. Steve Gallon III rose through the ranks as a professional educator and over the next 25 years, distinguished himself in the field of education, specifically in the area of supporting improved teaching, learning, and leadership in urban educational settings. He became an assistant principal and was later appointed principal of Holmes Elementary. In his third year, after marked improvements in student outcomes and community involvement, the school was removed from the State of Florida’s List of Critically Low Schools. He then became principal of Miami Northwestern Senior High School, where he would serve for seven years - earning the third longest tenure in the school’s 60-year history.

In 2005, Dr. Gallon was promoted to the position of Administrative Director in School Operations/Alternative Education in which he was charged with overseeing schools and programs for at-risk students and underperforming students. Under his leadership, there were marked improvements in student performance, attendance, suspension reductions, and student and staff satisfaction.

Superintendent of Schools in New Jersey

In 2008, Dr. Gallon became the first Black administrator to come through the ranks of the Miami-Dade County Public Schools and rise to the level of Superintendent when he was selected unanimously via a nationwide search to be the new Superintendent of Schools in New Jersey. Under his leadership, his district realized double-digit gains on all five of the indicators of State’s School and District Accountability System known as QSAC - with the area of Curriculum and Instruction increasing from 8% to 68% within 24 months of his tenure.

Dr. Gallon has served as a principle in an educational management and consulting firm working with several districts, schools, and organizations in developing and implementing educational and school turnaround strategies, as well as community-based solutions. He also served as a Board Member appointed by the Miami-Dade County Board of Commissioners for the Miami-Dade Economic Advisory Trust where he was charged with providing policy and implementation oversight that ensured the equitable participation of Blacks in Miami-Dade County’s economic growth through advocacy and monitoring of economic conditions and economic development initiatives in Miami-Dade County.

Dr. Gallon presently serves as a Board member of the Miami Children’s Initiative (MCI) which was established and funded by the Florida Legislature in 2008. The sole mission of MCI is to address the needs of the community by investing in children and by providing a unified system of support, education and care that begins before birth through college and career. A member of Kappa Alpha Psi Fraternity, Inc, Dr. Gallon has received numerous awards for his outstanding professional and community service.

The Benjamin Elijah Mays Lifetime Achievement Award recognizes an individual who-during his or her lifetime-has demonstrated a longstanding commitment to the educational needs of urban school children through his or her service as a local school board member.

A 25-year resident of Miami Gardens, Dr. Gallon is also an author who has written and published three books on education. His spirit of enthusiasm, intellect, and dynamism, makes him one of the most respected educational speakers and consultants in the country.

A man of faith, Dr. Steve Gallon III is a proud member of Antioch Missionary Baptist Church of Miami Gardens. 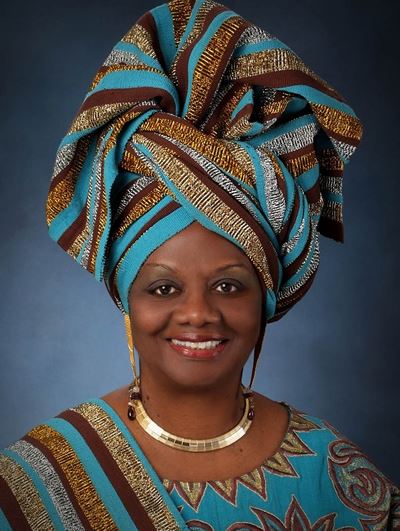 On, November 17th, 2015, Dr. Dorothy Bendross-Minidngall became the first African-American woman elected Vice Chair for the Miami-Dade County School Board. She currently serves as Vice Chair of the Miami-Dade County School Board District 2, where she continues to serve as an example of a strong, courageous, tenacious leader whose thorough collaboration and commitment advocates on the behalf of those who might otherwise not be heard.

Dr. Dorothy Bendross-Mindingall, a former classroom teacher, principal, and current adult education administrator has made a lifetime of using education to unlock the doors of opportunity for hundreds of students, teachers, and parents. She lived in the Liberty Square housing projects in Miami during the days of segregation. After graduating from Miami Northwestern Senior High School, she matriculated at Tuskegee Institute, Nova University, Barry University and Florida International University (FIU), completing her Bachelor’s and Master’s degrees, and several Master-level certifications. As the first chairperson of the Governor’s Commission on African American Affairs, she convened meetings throughout the state to listen to the concerns of Florida’s citizens and to direct pro-active events to positively influence decision-makers, and support the overall goals of the Commission. Dr. Bendross-Mindingall was elected as the State Representative for District 109 where she served from 2000-2008. Dr. Bendross-Mindingall’s leadership, advocacy and list of “firsts” has been publicly acknowledged by newspapers, magazine articles, plaques and trophies and other unique awards bestowed by national and international organizations. As a proactive leader, she developed a male-role model program, a project to increase attendance and a welfare-to-work program among others, long before local, state, and national politicians saw the value in her approach.