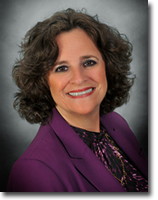 Carol Keys is a real estate attorney (admitted to the Florida Bar 1978) and is the owner of Keys Title Company, established in North Miami in 1998. She is a lifelong resident of the city, still residing in the home in which she grew up.

Named by the North Miami Mayor's Economic Task Force as Activist of the Year in 2000, Carol has committed herself to improving the quality of life for North Miami resident's, with a special emphasis on the more vulnerable: children and the elderly.

Growing up in North Miami, Carol Keys was inspired to be actively involved in the community. She has served on City advisory boards, such as the Board of Adjustment (1998 to 2013), the Floodplain Committee (2002 to 2013), and the Charter Review Board (2012 to 2013). She has also served as past President and Director of the Police Athletic League (PAL) of North Miami, to give guidance to the organization's variety of programs that serve North Miami's youth.