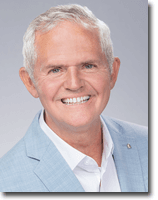 Welcome to my new home page! Since 1999, I have had the privilege to serve you on our City Council, proudly representing District 1. It is the honor of my life to be able to serve my hometown.

North Miami has a lot of exciting ways you can participate in our community. We have several advisory boards on which you can serve. Visit the Boards and Commissions page for more information.

Speaking of contacting me, I take pride in responding to every phone call, letter and email that comes to me. Constituent service is my top priority. If you’d like to reach me, please call my cell at 305-582-0710, or email me at scott@scottgalv.com.

Scott Galvin is the longest-serving Councilman in North Miami’s history. First elected in 1999, May 2019 began his sixth consecutive term as District 1 Councilman.

A graduate of North Miami Senior High School and Florida International University, he also serves on the board of directors for the AIDS Healthcare Foundation, a global non-profit organization, with a budget of $1.7 billion, providing cutting-edge medicine and advocacy to more than 1 million people in 40 countries.

Professionally, Galvin is the Executive Director of Safe Schools South Florida, a non-profit focused on eliminating bullying of LGBTQ youth.

During his tenure, Councilman Galvin has sponsored legislation creating the Arch Creek East Environmental Preserve. He has advocated for parks and open spaces, as well as founded the Arch Creek East Neighborhood Association and the North Miami Historical Society.

As the City of North Miami’s first openly gay elected official, Galvin is also the longest-serving LGBTQ legislator in the state of Florida.